Owner, Auctioneer/Appraiser, Realtor with Ohio Real Estate Auctions LLC Pat Sheridan was born in Athens and owns the family farm where he raised his family. After high school graduation from Rome-Canaan, Pat attended Ohio State University. He enlisted in the U.S. Navy Seabees serving both in Vietnam and the Antarctica. He then returned to OSU to complete his bachelors and masters degrees in education, and taught in Marion County for a couple years.

In 1975, Pat and his family moved back to Athens County to fulfill his dream of teaching vocational agriculture at his alma mater school – Federal Hocking.

It wasn’t long before Pat was helping his uncle, C.E. “Ed” Sheridan, in his auction business. Ed had been a successful auctioneer in the area for many years. Pat completed his apprenticeship and received his license in 1978. Because Pat felt the Athens area was Ed’s territory, he continued to work with Ed as needed but waited until Ed and his wife, Thelma, retired from the profession in 1983 to begin advertising and building his own reputation. Shamrock Auction Service is recognized as one of the premiere auction firms throughout southeastern Ohio. 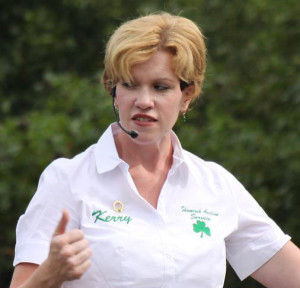 Daughter of Pat and Wanda Sheridan – Born and raised in Athens, Kerry grew up working at the Auctions as a runner, cashier, ring person and later an auctioneer. Kerry graduated from Reppert School of Auctioneering in Auburn, IN; March of 2005. She then received her auctioneer apprentice license and began working under her Father- Pat. In May 2006 Kerry received her Auctioneer license becoming a third generation auctioneer and one of the only women auctioneers in Southeastern, Ohio.  You will often still see her going straight from the auction block into the mobile office and check in and out customers.  She is married to Michael Boyd also an auctioneer and they currently reside in Athens, OH They have three children Brandon, Sheridan and Elizabeth who all enjoy working the auctions and say they are future auctioneers!! Michael and Kerry are dedicated to continuing the family business.

Michael Boyd was born and raised in Columbus, Ohio and now resides in Athens Ohio with his wife Kerry Sheridan-Boyd and their family. Michael has been in the Automotive Industry for 20 plus years and is the Founder/CEO of iReconCars.com a software company for the automobile industry. After becoming part of the Sheridan family, he could not let Kerry have all the fun of being an Auctioneer. He decided to attend the Ohio Auction School and graduated in the fall of 2006. He apprenticed under Pat and received his auctioneer license in 2007. In 2008, Michael was very aggressive in trying to start building a reputation in the Auction Industry by competing and taking Second Place at the Ohio State Bid Calling Championship. That same year he also received the Apprentice Auctioneer Award from the Ohio Auctioneers Association Auxiliary and graduated from Hondros College with an interest in promoting Real Estate at Auction. He loves Auctioneering and is passionate about the Auction Method of Marketing. 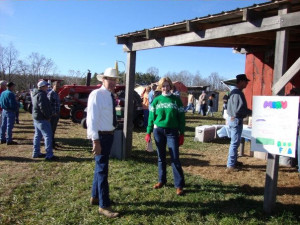 In early 1999, Pat retired from teaching high school after 32 years and moved on teaching as Adjunct Professor at Ohio University, College of Communication.  He received his real estate license and is affiliated with Ohio Real Estate Auctions LLC. He promotes the auction method of selling real estate in southeastern Ohio. In addition, both Pat & Wanda are on the Athens County Court approved list of appraisers for the area handling appraisals for estates, insurance, and divorces.  Pat is a life-time member of the Ohio Auctioneers Association and a member of the National Auctioneers Association.  Wanda is a life-time member and on the board of the Ohio Auctioneers Association Auxiliary and has served as President.

Proud members of The Ohio Auctioneers Association.
As members of the Ohio Auctioneers Association, realizing our profession is both competitive and cooperative and that we share with each other a common responsibility to encourage, create and maintain a high standard of professional ethics and honorable relations with each other and the public, hereby pledge ourselves to the observance of a strict code of ethics. When is a Real Estate Agent a REALTOR®?

The term REALTOR® is a registered collective membership mark that identifies a real estate professional who is a member of the NATIONAL ASSOCIATION of REALTORS® and subscribes to its strict Code of Ethics and Standards of Practice.

Shamrock Auctions Mobile Office provides the opportunity to work at any location or under any conditions. Call Shamrock Auction Service and let us arrange for a
no fee consultation to discuss your auction needs.